The Kurdistan Parliament’s Presidency, MPs and staff on 17 December celebrated Kurdistan Flag Day, raising the flag on the outdoor grounds of the Parliament.

In her speech Speaker Faiq pointed to the struggles of people around the world for their flags, and stated, “The people of Kurdistan have been in this struggle, like other peoples around the world. Kurdish history has witnessed numerous revolutions, and every revolution in the world has had its own flag.”

She added, “The people of Kurdistan are proud of this flag that currently flies above our heads. The Kurdistan flag was raised for the first time on 17 December 1945 in the presence of Qazi Muhammad at the Mahabad Republic, which survived for a year.”

“The people of Kurdistan made sacrifices for the right to fly our flag in our land. After fifty years, the people realised the dream of official recognition of our flag locally, regionally and globally. Now the people of Kurdistan people celebrate this occasion every year, ever since the Kurdistan Parliament passed Resolution Number 48 designating 17 December as our Flag Day.” 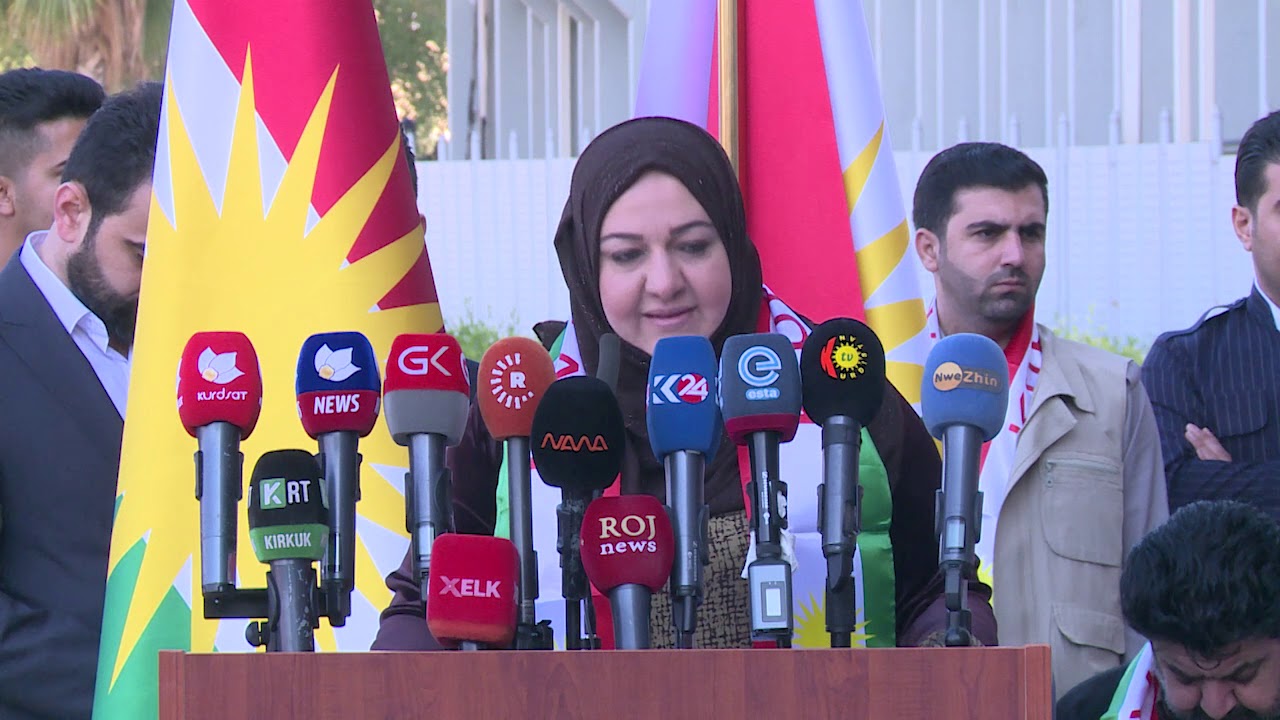