Kurdistan Parliament MPs on 29 June voted to extend by 30 days the deadline for submitting their legislative proposals, and to extend the current spring session by a month, to end on 1 August. The purpose is to compensate for the delays caused by the Coronavirus pandemic. Sixty MPs voted in favour of the deadline extension, and 70 voted in favour extending the spring session.

At the sitting chaired by Speaker Rewas Faiq which took nearly two hours, MPs discussed many critical issues. They asked about the KRG’s 27 billion dollars of debts, the Kurdistan Regional Government’s decision to reduce government salaries by 21 percent in the face of Baghdad withholding the salaries; and the Coronavirus pandemic situation in Kurdistan Region.

Speaker Faiq said that the Kurdistan Diwan of Supreme Audit is examining the debts and expects to complete its study this Sunday, after which it give its findings to Parliament’s Finance Committee. Thereafter, Speaker Faiq said, Parliament will call for a meeting with the KRG on the matter.

On Iraq withholding government salaries and the KRG therefore deciding to cut them by 21 percent, the Speaker asked Parliament’s Finance Committee to coordinate with the KRG Finance Ministry to draw up a detailed report on the KRG’s income, expenditure and compensation, so that Parliament can then discuss it in a sitting.

MPs in Parliament’s Peshmerga Affairs Committee and the Committee on Kurdistani Areas outside the KRG Administrative Area asked to call relevant KRG officials to Parliament to question them about the deadly ISIS attacks on civilians in those areas, arson against Kurdish farmers’ crops and produce, the Arabization policy, and the lack of basic security provided to residents.

Speaker Faiq asked the Peshmerga Affairs Committee and the Committee on Kurdistani Areas outside the KRG Administrative Area to prepare their reports on their findings and the points they want to discuss with the government.

The Speaker said that the sooner the committees prepare their reports on the matters that need discussion with the government, the sooner Parliament can schedule sittings and meetings with the KRG. She pointed out that Parliament was holding the vote today to extend the spring session because of the many pressing issues that MPs needs to discuss and question the government.

MP Omed Khoshnaw (KDP) said that there is a great threat to the existence of the Kurdistan nation, as some are calling for it to be abolished. This he said, made the matter of writing the Kurdistan Constitution even more pressing and necessary.

Speaker Faiq replied that the people of Kurdistan had sacrificed their lives to achieve the nation of Kurdistan, and that it is vital for Kurdistan to have a Constitution as a federal region, in terms of its relations with Iraq, the region and the entire international community.

The Speaker added that in 1992 the first ever Kurdistan Parliament supported establishing a federal system. Everyone is free to have their opinion, she noted, but anyone who claims to want to abolish Kurdistan’s status as a nation should realize that what they say is unconstitutional and not in line with the laws on the status of Kurdistan, which was a de facto region even before 2003, and a became a Constitutional federal nation and region after 2003.

MP Ali Hama Salih (Gorran, Change Movement) raised the issue of corruption and lack of transparency at Kurdistan’s borders gates and customs. Speaker Faiq replied that the KRG has asked for more time before discussing the issue, because it has been carrying out some changes and reforms, and has made five decisions recently regarding border gates. Parliament’s Presidency will again ask the KRG for a sitting to discuss this subject.

Muhsin Doski (KDP) said that the Kurdistan Region’s citizens living near border areas have become the victims of a war, referring to Turkey’s and Iran’s military attacks inside the borders. Sheladze has become like a prison with the residents trapped inside it, he said. He demanded that Kurdistan Region ask the Iraqi Government to look into compensation for residents of the border areas affected by these military attacks.

Gulistan Said Muhammad (Gorran, Change Movement) said that there is Coronavirus in prisons, so prisoners should be given permission to be on leave temporarily, with financial guarantees. Speaker asked the Social Affairs Committee and Protection of Human Rights Committee to write their recommendations for such a temporary leave system, to discuss with the authorities.

Click below to watch the video of the Kurdistan Parliament sitting of 29 June 2020: 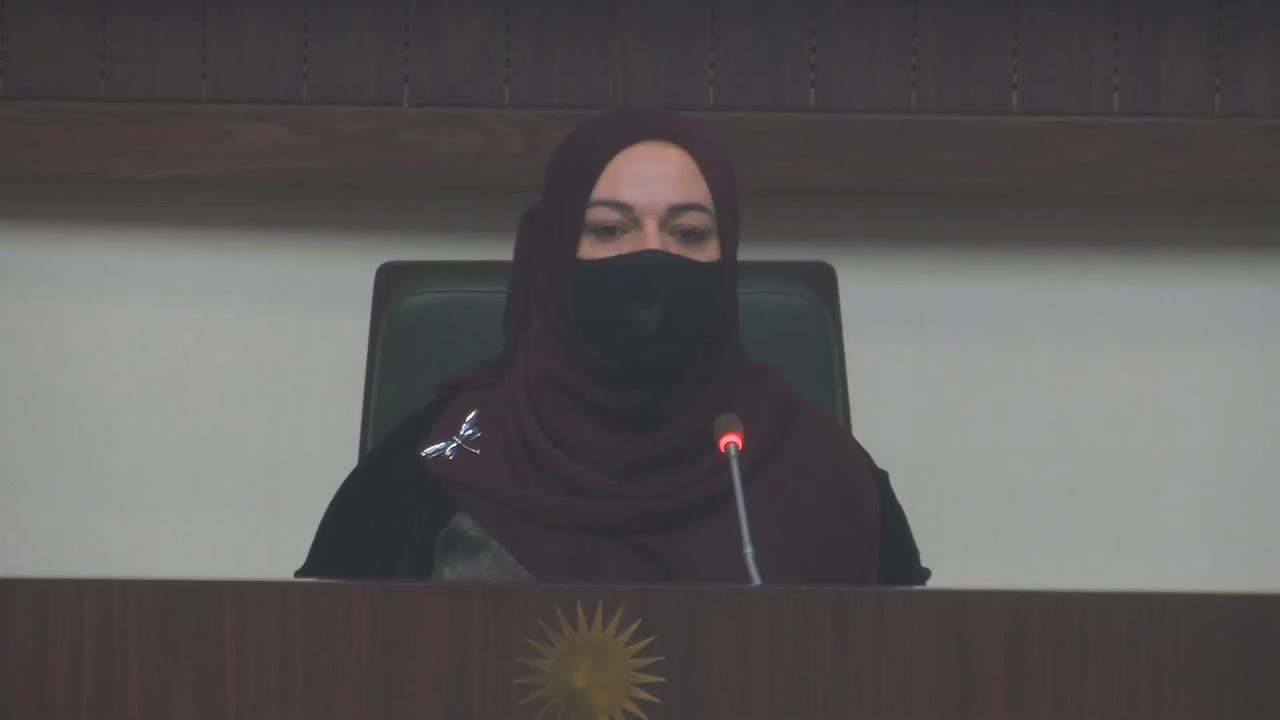