Kurdistan Parliament’s Relations Committee on 6 June held a symposium on the Challenges and Prospects for Kurdistan Region, with panels on the US-Iraq Strategic Dialogue, security threats after the war against ISIS, anticipated changes after the next Iraqi election, the Reform process and the impact of political disunity on Kurdistan Region’s position and status.

Fawzi Hariri, Chief of the Diwan of President Nechirvan Barzani, discussed the importance for Kurdistan Region of the US-Iraq Strategic Dialogue. Mr Hariri headed Kurdistan Region’s team within the Iraqi side in the strategic dialogue.

Minister Hariri discussed the importance of organizing the US-Iraq Strategic Dialogue, the sectors and fields that are covered by it, the previous agreements between the US and Iraq that began under the Presidency of George W. Bush and the premiership of Nouri Maliki, and the relevance of the threats to Kurdistan Region from ISIS created by the security gaps in the Kurdistani areas outside the KRG administrative area.

He talked about the policy espoused by some Iraqis to withdraw US forces from Iraq, and the dangers that a complete withdrawal would present for Kurdistan Region. He said, “Together as a political entity and as political forces, the responsibility is not only on the shoulders of the government, the government can serve you to some extent, but we must help ourselves, it is not only the responsibility of the President of the Region, the political parties must also take the initiative and decide that if the President, Government or Parliament cannot do it alone, we will do it with them.”

“If the situation is like this then I’m not optimistic, not because we don’t deserve it. On the contrary, what we have in Kurdistan Region is not found in many countries of the Middle East, we have the ability and means, yes we have problems but if you compare Kurdistan Region now to 20 years ago it is like comparing night with day, we have progressed considerably. Looking at other parts of Iraq, they have gone backwards while having much more financial resources for development that has not been carried out. Whatever has taken place, we have reached a stage at which, thank God, our situation is better than many countries in this region.”

Security challenges after the war against ISIS

In the panel on security challenges to Kurdistan Region after the war on ISIS, Muhammad (Hama) Haji Mahmoud the Secretary of the Kurdistan Socialist Democratic Party, and university lecturer Dr. Osman Ali spoke about the attacks on coalition forces and on the city of Erbil and the movements of ISIS terrorists in the disputed areas.

Muhammad Haji Mahmoud gave the background of the Kurdistani people's uprisings and the impact of regional and Iraq’s wars over decades. He stressed the importance of political parties being united, speaking with one voice, having a unified stance and putting the Kurdish house in order.

In the panel on Kurdistan Region’s reforms, Dr. Abdulhakim Khasro the head of the KRG’s reform committee, discussed the attempts and challenges to implementing reform in all sectors, the stage that the government has reached, and what can be learned from the experiences of other countries.

Politician and university lecturer Dr. Muhammad Ihsan and university lecturer Dr. Stam Kamal talked about the next Iraqi election, which is scheduled for October 2021. They described the new electoral system and process, the challenges to holding the election, the Kurdistani areas outside the KRG administrative area, the threat to Kurdistan Region’s posts in the Iraqi government, voter participation, election fraud, the role of militias and regional countries in the election’s outcome, and the possible changes after the election.

In the final panel Abubakir Ali and Dr. Sabah Subhi gave their views on the disunity and disagreements between Kurdistan’s political parties and sides, and the threat that this poses to Kurdistan Region’s constitutional status and position.  They stressed the need for national unity to protect Kurdistan’s achievements. 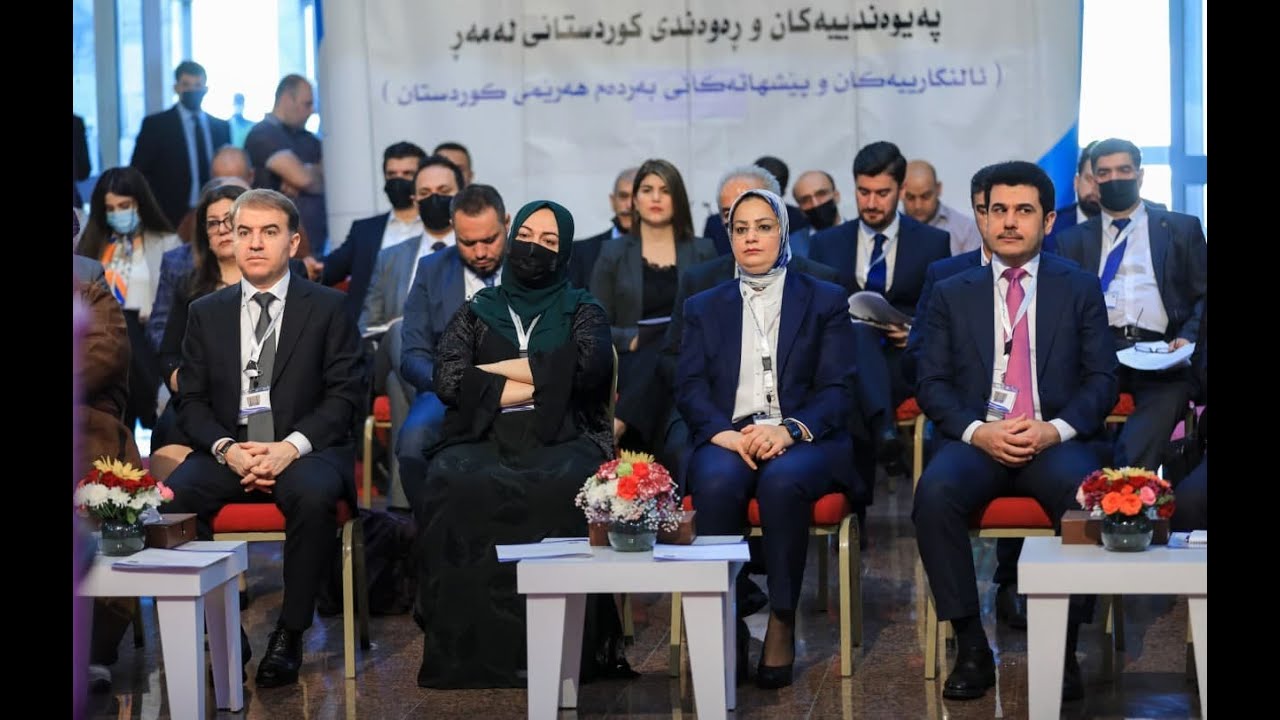