The Kurdistan Parliament MPs together with the Iraqi Council of Representatives delegation visited the locations attacked with missiles by the Islamic Republic of Iran and were welcomed by Kurdish businessman Mr. Baz Karim and his family, whose property was attacked and badly damaged by the missiles.

At a press conference at Mr. Baz Karim’s home, Deputy Speaker Hawrami said, "We appreciate the visit by the Iraqi Council of Representatives delegation, so that they can closely observe the damage caused by the missiles.”

He continued, "The attack on Erbil and the targeting of Erbil city is an attack on the security of the Kurdistan Region and Iraq. We welcome any investigative committee that comes to see the situation for themselves. This house is the home of a well-known Hawleri family."

“We in the Kurdistan Parliament, the same day that it happened, condemned this attack in the strongest terms. We must all confront this together, because it’s an attack on Iraq's sovereignty.”

Deputy Speaker of the Iraqi Council of Representatives Hakim Al-Zamli said that the purpose of their visit was to understand the location and extent of the missile attacks. He said, "We have come to Erbil to see the truth and to investigate the reasons for and targets of the attacks.”

He added, "We are investigating the issue through this field visit…We know very well that targeting anywhere in Iraq is aimed at all of Iraq. This time Parliament is different, because it attaches great importance to the Iraqi people."

First Deputy Speaker Al-Zamli continued, "We don't want Iraq to be used as the battleground for settling scores. Iraq is an independent sovereign country that respects all others, we do not attack any of our neighbours. We are not a weak country, we do not take any sides, we respect all the neighboring countries, but we don't want to be part of their conflicts, and these countries must respect Iraq's characteristics."

Mr. Hakim Al-Zamli said that the fact-finding delegation will give their recommendations about the attacks to the Council of Representatives.

The Kurdistan Parliament MPs and the Iraqi Parliament delegation met with the KRG Minister for the Interior Rebar Ahmed to hear the ministry’s findings on the attacks. They held a joint press conference after the ministry meeting. 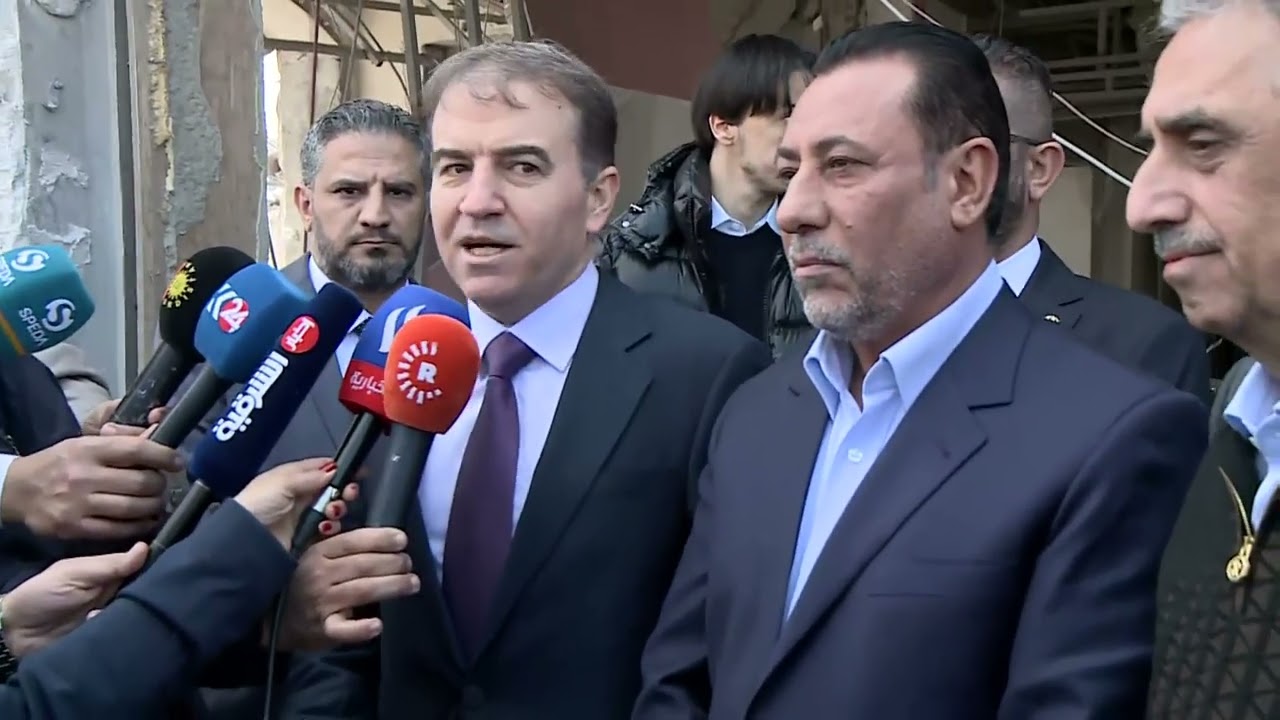